Join our subscribers list to get the latest news, updates and special offers directly in your inbox

What to watch Horoscope for?

Horoscopes are interesting! That is undeniable. Who is not curious about their life destiny? From big things like Fame, Career, Money, to the smallest things in life like: Don't know what your future spouse will look like? Don't know why I am often played badly by my colleagues? etc… And Horoscope is the tool, the key to be able to give people the answer, whether right or wrong, the answer also brings a direction of thinking. 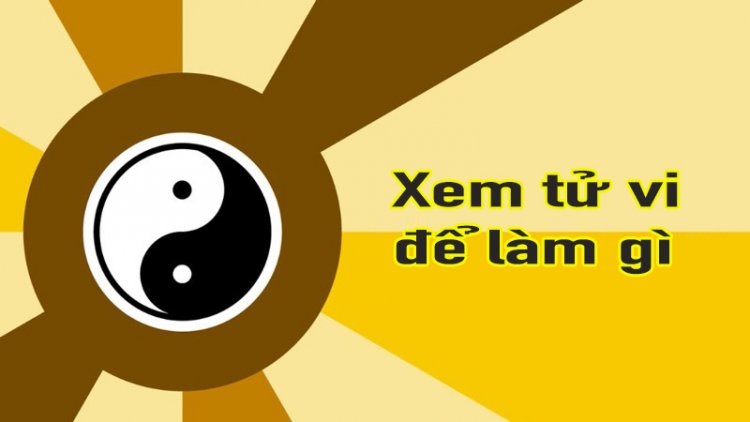 Tell a little more about Horoscope.

Horoscope is a mysterious science (!) it applies ancient knowledge, ancient concepts of the Orient to study human destiny, serving for prediction (prediction) human destiny. The prediction base of the Horoscope is based on the system of a Star Map determined from the elements Year-Month-Day-Time of human birth. The sandy nature of that star system, as well as the combination of elements on the star chart, will draw countless different cases of fate and life. And from that, one can infer events, the course of events in the life path of each person.

The relationship of the Star Map and Human Destiny, based on the concept of "unification of Heaven and Earth", humans and the Universe are a similar model. Interacting with the Little Tai Chi is us humans, so if we "understand" the laws of the Great Universe, we can infer the laws of the Small Universe, and from there deduce the course of life. It is essentially a spirit of Science, a logical thinking of Eastern culture.

But now, people are ascribing to the horoscope something really weird. People turn each Star on the chart into Gods and then set out to offer sacrifices, pray for stars to relieve the term. People even worship Di Cung Swap Numbers, people sit on mats screaming, slurping and bowing to change the position of the stars in the sky! Let the Manu sign from the Rat sign change to the Rabbit sign (or whatever sign you want!). And more ridiculous, when people still make offerings to change the date - time of birth for the same number! More terrible, some people even propagate horoscopes to catch ghosts, to banish death, to exorcise evil spirits. Naturally, a Horoscope teacher has become a Witch teacher, instead of finding out the basis of fate, people will induce homeowners to pay money for offerings. Offering from Buddha to Ma, all offerings, just look at the Horoscope and you will have to make offerings!

The Tao Te Ching of Lao Tzu wrote: "Human legal ground, earth dharma heaven, heavenly dharma path, natural dharma" - Human beings must obey the permission of the earth, the earth according to the permission of heaven, heaven according to the permission of the Tao and Tao. by the will of nature”. So how can a "horoscope shaman" sitting on a mat reading rhyme can rotate the Universe? That invisible supernatural being that people worship is the ruler of all, that is NATURAL. So, is it possible to cry and worship? What can be changed?

Not to mention the story of people taking advantage of trust to cheat, appropriate, lose money. People take advantage of watching horoscopes to scare people into taking money, posing as offerings and doing meritorious deeds. There is even an unlucky case that "just temporarily transfer to the teacher xx million to clear the term, after the deadline is over, he will switch back !!!???". More despicable when people take advantage of horoscopes to trick women and girls into motels and hotels to satisfy their lust. Then people publicize the price: See the horoscope + catch the ghost XX million, Meet the teacher ONLINE 1 hour 3-5 million within 20 minutes (and 90% of those 20 minutes talk about being haunted, dying ..) then gave birth to countless names "the best horoscope master in Vietnam", "the first horoscope in Vietnam". Then inherit this sect, that sect, which Thuong sect, which Tran family, Luong sect, etc.

So how to understand correctly?

The Three Talents theory of the ancients said that: Heaven - Earth - Human are three objects in nature that are influenced by each other. What we call that FANTASTIC, it is subject to the influence of all three of those objects. There's Heaven, there's Earth, and there's even Man, man is also a part of creating destiny! Not only Heaven and Earth. You don't have to just settle on the number chart, your whole life has been arranged!. Nguyen Du did not write: "there is God, but also because of me"?

It is true that heaven and earth are factors that include people and govern people. But from the dawn of time until now, after many thousands of years, humans have not continuously conquered that nature, right? From ancient times to modern times, people have won over nature many times. Let's look at the great achievements of mankind to see that, or more simply, look at a mirror beyond the fate of a certain person that still happens every day around us to understand that: number Parts can be completely changed by humans!

If you have understood that: Man's Destiny is also partly self-created by man. Then put faith in yourself, in your own actions, less distorted views. It's ridiculous when a person with a full academic title, degree, title, wisdom enough to create the era, but has to slurp down a tree and bush under the guidance of a few "masters of death" vi” on the virtual network, not even out of the village bamboo ramparts.

So what do we look at horoscopes for?

Of course, it must come from our need, or out of curiosity, or because there is an awkwardness, a heartache, or because we don't know how to go about it, or just simply "addicted to watch." fortune telling" etc. There are countless paths that lead people to horoscopes. But what is worth mentioning is that after seeing the horoscope, what will we do with the information from "the teachers"?

We look at the horoscope to understand about life, about society, about human life, thereby seeing which corner of this life flow we are in. In order to have the right behavior, for the right situation, at the right time. If that KNOW can be trusted enough, it can help us to have a comfortable mind, a thorough preparation, a right mindset to easily accept life, find a peace in the world. whirlpool of life.

If you know you are in a lucky period, then you must step up, work harder to achieve success faster, achieve greater results. And also know when "the same thing turns, the poles turn against" - what will change, what polarity will react to stop at the right time. Or when you know you are in a "dark, manipulative" situation, calm down, choose a safe direction, preserve what you have in your hand, read, study, study to wait for a bright day. Bipolar Tai Chi”....All, all in the initiative of humans that make up.

If you're lucky, you don't have to worry about it, don't work, and you're immersed in happiness and joy, but even if it's ripe, Sung still won't fall into your mouth. "Sand in the middle of life" is an early afternoon story.

That bad luck, but with careful preparation, ready mentality, specific plan, it is not sure how much damage has been done, the story of "Turning evil in the sand" is not without hope.

If you rely on red luck and don't take advantage of it, it won't work, if you don't prepare for black, just worry about going to the end of the term with Di Cung to change numbers, then the black will be even blacker to the end.

It should also be understood that this life, this life is like a river flowing non-stop, we are personally just a branch on the water surface, we can only obey but cannot resist. You have to find your own place. There is no supernatural being, no single act of prayer that can change our destiny. Only positive human actions can change one's own destiny. Cultivation, family, strict discipline, study and strive hard, work hard, take care of life, reduce desires, be good, do good deeds no matter how small, wrong things are only hairs If you don't do it, eliminate superstition, then you can bring success, even if life comes to an unfortunate time, it doesn't matter.

In this universe, yin and yang - the created universe is full of empty places, the river flows and the other side is flooded, it is natural for people's life to be up and down, happy and sad. Please gently and joyfully accept all that the flow of time gives us, whatever it is, it is mine, not anyone else's. Everyone's heart doesn't want everything to be happy and everything to be sandy, but it should also be understood that the ups and downs are the law of human life, a human life from the moment he was born crying to the time he returned to the dust, who does not have happy and sad, everyone has success - failure. Rest assured, the bowl of soup that Manh Ba gives us to drink before crossing Nai Ha Bridge to forever go to the afterlife is measured by the tears of a lifetime on earth, tears are also our property. , should cherish it.

The placement of the lime pot must be like this to wish for an exorcism, wealth,...

Emperor Star - The meaning of life place and Other place

Top 4 zodiac animals are good at investing, the future...

Mercy Star - The meaning of life place and Other place 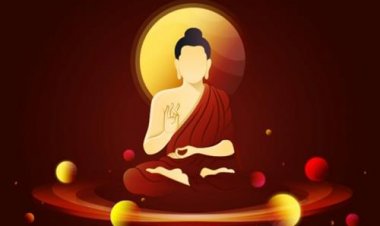 Buddha teaches about the principle of wealth: Practice...

Buddha's teachings on the principle of wealth are completely based on real-life... 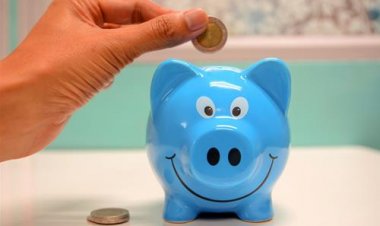 Top 4 zodiac animals are good at investing, the future... Gemini horoscope 2023 indicates that this year you are very successful in career... Number 4 in Numerology - The number of stability and profound...

What are the outstanding features of Numerology Number 4? What do people with number... 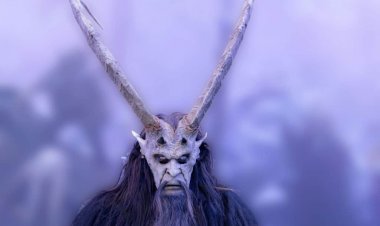 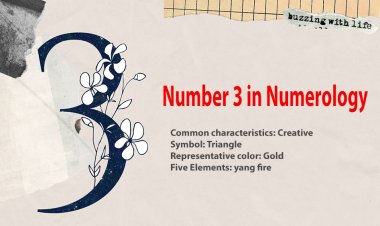 Number 3 in Numerology - Number of creativity and enthusiasm...

What are the outstanding features of Numerology Number 3? What strengths and weaknesses... 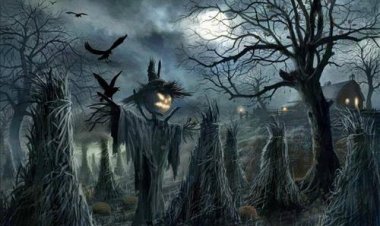 Interesting things about Halloween that you didn't know

On Halloween, there are many rich activities that express the unique spirit of this... 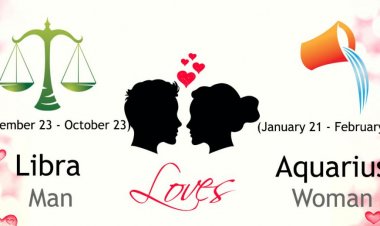 Are Aquarius and Libra compatible in love?

Recently, many of you are interested in the zodiac signs, especially the relationship... 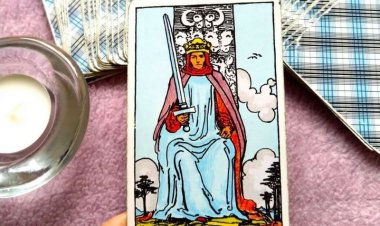 Recently, Tarot is no longer a strange phrase, especially for young people. Through... 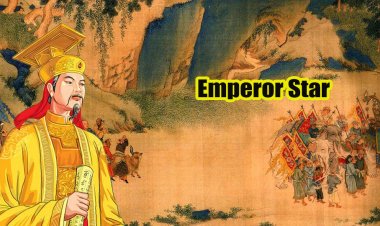 Emperor Star - The meaning of life place and Other place

Emperor Star is the most important star in Horoscope Science, because it is the...